The 1932 presidential election was in-between the Democratic nominee Franknklin Delano Roosevelt and Herbert Clark Hoover who was the republican nominee.Franklin D. Roosevelt(FDR) believed in a New Deal , of metaphorical cards, for American citizens and a bigger government who would look after them further. Whereas, Hoover believed in the free market that would sort it out as business knows best. He would rely on industry leaders or captains of industry as they were called such as Americas first billionaire,John Rockefeller or weathy steel magnate Andrew Carnageee among other individuals.It is far to say it was a landslide to Roosevelt and complete loss to the do nothing president who had just damaged his reputation by deploying forces to dipurse WW1 veterans who were demanding their pay. 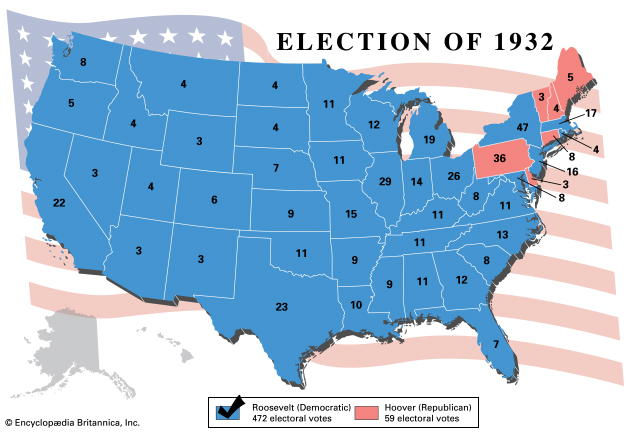